Causes
Although the cause of fibromyalgia is unknown, researchers have several theories about causes or triggers of the disorder. Some scientists believe that the syndrome may be caused by an injury or trauma. This injury may affect the central nervous system. Fibromyalgia may be associated with changes in muscle metabolism, such as decreased blood flow, causing fatigue and decreased strength. Others believe the syndrome may be triggered by an infectious agent such as a virus in susceptible people, but no such agent has been identified.

Diagnosis
Fibromyalgia is difficult to diagnose because many of the symptoms mimic those of other disorders. The physician reviews the patient’s medical history and makes a diagnosis of fibromyalgia based on a history of chronic widespread pain that persists for more than 3 months. The American College of Rheumatology (ACR) has developed criteria for fibromyalgia that physicians can use in diagnosing the disorder. According to ACR criteria, a person is considered to have fibromyalgia if he or she has widespread pain in combination with tenderness in at least 11 of 18 specific tender point sites.

Signs and symptoms
Fibromyalgia is a chronic illness that can be debilitating for many. Fibromyalgia sufferers can experience a wide range of symptoms with varying intensities and may include:

While any body part can be affected, the most common sites of pain include:

Tender points are generally superficial areas under the surface of the skin, such as the area over the elbows or shoulders. However, the tender points of these areas are usually very small, about the size of a penny. Tender points also involve localized areas of tenderness and pain around the joints, but do not involve the joint itself.

These 18 tender points will usually be highly sensitive to pressure in people with fibromyalgia as specified by the American College of Rheumatology criteria. The pain can feel like a deep bone ache, pins and needles, or a stabbing or burning pain. Muscles may feel like they have been pulled or overworked. There are times this pain is mild, others when it is so severe that it becomes unbearable. People who do not have fibromyalgia feel less tenderness when pressure is applied to these areas.

I must stress here that everyone’s fibro story and symptoms are different and we all need to respect that we each experience it differently. 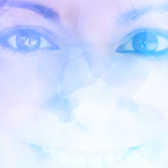