The energy you vibrate will be how your aura resonates and what your physical body creates, so don’t let anyone speak negative to you, about you or around you, think love, vibrate love, resonate love, create love for yourself and your body. Then everyone else has no option but to feel the resonance and join in the song.

Causes
Although the cause of fibromyalgia is unknown, researchers have several theories about causes or triggers of the disorder. Some scientists believe that the syndrome may be caused by an injury or trauma. This injury may affect the central nervous system. Fibromyalgia may be associated with changes in muscle metabolism, such as decreased blood flow, causing fatigue and decreased strength. Others believe the syndrome may be triggered by an infectious agent such as a virus in susceptible people, but no such agent has been identified.

Diagnosis
Fibromyalgia is difficult to diagnose because many of the symptoms mimic those of other disorders. The physician reviews the patient’s medical history and makes a diagnosis of fibromyalgia based on a history of chronic widespread pain that persists for more than 3 months. The American College of Rheumatology (ACR) has developed criteria for fibromyalgia that physicians can use in diagnosing the disorder. According to ACR criteria, a person is considered to have fibromyalgia if he or she has widespread pain in combination with tenderness in at least 11 of 18 specific tender point sites.

Signs and symptoms
Fibromyalgia is a chronic illness that can be debilitating for many. Fibromyalgia sufferers can experience a wide range of symptoms with varying intensities and may include:

While any body part can be affected, the most common sites of pain include:

Tender points are generally superficial areas under the surface of the skin, such as the area over the elbows or shoulders. However, the tender points of these areas are usually very small, about the size of a penny. Tender points also involve localized areas of tenderness and pain around the joints, but do not involve the joint itself.

These 18 tender points will usually be highly sensitive to pressure in people with fibromyalgia as specified by the American College of Rheumatology criteria. The pain can feel like a deep bone ache, pins and needles, or a stabbing or burning pain. Muscles may feel like they have been pulled or overworked. There are times this pain is mild, others when it is so severe that it becomes unbearable. People who do not have fibromyalgia feel less tenderness when pressure is applied to these areas.

I must stress here that everyone’s fibro story and symptoms are different and we all need to respect that we each experience it differently.

Polycystic Ovarian Syndrome, or PCOS, is a condition which occurs in five to ten percent of women of reproductive age. It is associated with a hormonal imbalance that can cause a variety of symptoms, including but not limited to:

Period problems – ranging from no periods at all to irregular, heavy or painful periods. May be linked to difficulty in becoming pregnant due to irregular ovulation (egg release).

Excessive hair growth on the face and body (hirsutism) and/or thinning of the hair on the head (alopecia).

Dark skin patches (called acanthosis nigricans) on the back of the neck or under the armpits or in skin creases.

Problems with easy weight gain and increased upper or abdominal body fat. However, not all women with PCOS have weight problems.

What are the long-term risks?
Studies show that women with PCOS may have an increased risk of:

Diabetes – either pregnancy related or Type 2 (there is an estimated five to seven times higher risk than usual).

Thickening of the endometrial wall (lining of the uterus) which may increase the risk of cancer if not treated.

Fortunately, with early diagnosis and proper management, these risks can be reduced.

No one is quite sure what causes PCOS. Recent studies indicate that lifestyle, environmental and genetic factors can be involved. Sometimes it occurs in families where there is a history of PCOS, diabetes or heart disease.

How is PCOS diagnosed?

If PCOS is suspected, your doctor will ask you questions about your family history, and your own medical history, including any problems you might be having with your periods (menstruation) and ovulation. Your doctor will also order blood tests to check your hormone levels and an ultrasound to look at your ovaries.

The doctor will suspect PCOS if two of the following situations apply to you:

an ultrasound picture of your ovaries shows polycystic ovaries (PCO)*

you have a history of menstrual or ovulation problems

there are changes in your hormones (like testosterone) that cause excess facial and body hair or acne.

Your doctor will also look for signs of insulin resistance or metabolic syndrome and will also do tests to exclude or rule out other hormonal conditions.

*PCOS is not the same as polycystic ovaries (PCO). PCO only relates to how the ovaries look on an ultrasound, not the entire syndrome. Many people have the ultrasound findings alone and do not have the syndrome.

Androgens
The ovaries and adrenal glands make androgens. Androgens are the so called ‘male’ sex hormones – such as testosterone – that are present in low levels in all women. In PCOS the ovaries either produce more androgens than normal or the body is more sensitive to these levels of testosterone. This may lead to hair growth, acne and irregular periods. It also affects ovulation (release of the egg from the ovary once a month), which may not occur regularly.

Insulin and insulin resistance
When we eat, insulin is the hormone released from the pancreas that keeps blood glucose (sugar) levels well controlled. It moves glucose from the blood to body cells to be used for energy. PCOS increases the body’s resistance to the action of insulin, so it takes higher than usual levels of insulin to let glucose into cells. This is called hyperinsulinaemia. The higher insulin levels affect your ovaries, and change the production of other hormones, such as testosterone, leading to the hormonal symptoms of PCOS.

Insulin is a growth hormone, which normally increases during times such as adolescence and pregnancy, but constant high levels can lead to too much fat in the upper body. Extra fat tissue can then have the affect of increasing the insulin resistance which will lead to even higher insulin levels, further weight gain and worsening PCOS symptoms. Not all women with PCOS are overweight, but thinner women still can have some insulin resistance.

If you have higher insulin levels it does not mean you have diabetes, as your blood sugar levels are usually still normal. However, if your body is eventually unable to create enough insulin to maintain the higher levels, diabetes can occur.

I’m going on a journey!

That’s right I am off on a journey, to a really exciting place, where spiritual enlightenment will be deepened and childhood issues will be healed. It’s a wonderful warm place, where I feel comfortable every time I visit and the host makes me feel loved unconditionally.

I am going to visit ME.

Yes that’s right I’m sure some of you have been there before, it’s a magical place and I can’t wait to go. It’s been calling me for a while now, and of course I kept putting it off, waiting till I had enough time or finished my last reading, but my body grew tired and developed symptoms that I could no longer put off. I believe there is only one way to heal my body and that is by listening to it. Doctors wanted to give me medications but I know my body does not like that and just as I healed myself once before I will again, so I am finally going….

And when I return from ME I hope to be able to share my experience with YOU!

I have finally returned and oh goodness what an amazingly insightful, long, hard, enlightening,  growth filled journey it was, I had no idea when I wrote those words, just how true they were and just how deeply I would travel into ME and I will be sharing it with you so hold on tight as I share my, not so always nice and comfy healing journey, but a hard edged dive into my past, some of it brutal and painful and some of it cleansing and healing but all of it rewarding.

I will share with the hope that it might just help someone who is/has/was also suffering from a lot of old wounds.  Where I confront my childhood abuse, sexual, emotional and physical, as I chose to let go of people in my life who have hurt me, even family members, where I have developed such a deeper understanding of what is on the other side, how to connect to my higher self on a level so much deeper it is overwhelming, how to listen to my body and how to heal a life time of pain and hey losing 40 kilo (almost 90 pounds) along the way was a nice side effect.

This was a holistic healing of mind body and soul or as I call it an integrative healing on an emotional, spiritual and physical level.

Listening to the voice of my soul and meeting my true, authentic self, my higher self, which in itself was an amazing experience.

More to come with this launch of my new webpage, which I have proudly created by myself, using my own unique artwork, a hidden creativity unlocked during my extensive journey, of which I am very proud and was humbly nominated as one of the best from some of over a million people who saw it live during its development. 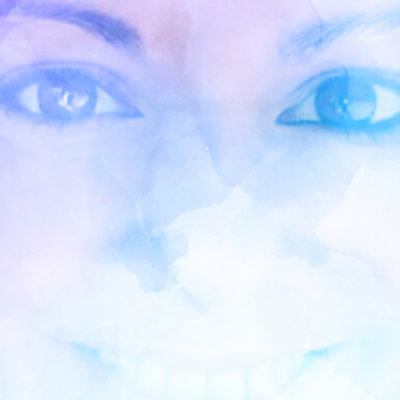